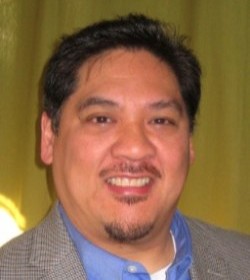 Just a little more than two months removed from the 50th anniversary of the passing of the federal Fair Housing Act, we still are basking in the wake of a month of thought-provoking and engaging events.

We held events from Medford to Portland and many points between that recognized the history of housing discrimination and segregation, the community-driven efforts to combat those acts, and the continuing impacts and efforts in communities throughout the state.

Other stories of communities finding ways to make homes in the face of that discrimination and segregation was the subject of another panel that our partners at the Oregon Historical Society organized in Portland during April.

Fair Housing Month events also reached out to children and their families with story time readings of books with fair housing themes in Eugene, Corvallis, Tigard, and Portland.

Cities and counties also recognized this landmark anniversary with proclamations and presentations in Corvallis, Portland, and Washington, Multnomah, and Clackamas counties.

The main event of our 50th anniversary of the Fair Housing Act was an evening in Portland with Richard Rothstein, author of “The Color of Law: A Forgotten History of How Our Government Segregated America.”

In addition to the 300-plus people who heard Rothstein’s presentation about his research into the many ways segregation had been perpetuated and even created by past government policies, two other smaller groups had the opportunity to inform their efforts with Rothstein’s work.

A group of local housing policy advocates and activists from several community groups met with Rothstein to discuss how recognizing this history of segregation might inform today’s efforts to create equitable housing policies. Similarly, a group of elected officials and staff members from entities that included the state of Oregon, Metro, Multnomah County, and the cities of, Portland, Gresham, Beaverton, and Milwaukie also had the opportunity to explore how Rothstein’s research might transform their housing policy development processes as government entities.

The events statewide highlighted for us how far we have come since the April 11, 1968 passage of the Fair Housing Act and its intent to end rampant racial discrimination and segregation in housing – and also how far we still have to go to achieve the open, integrated and inclusive communities that the fair housing movement’s originators, including the Rev. Dr. Martin Luther King Jr., envisioned.

This celebration wouldn’t be complete without recognizing the highly professional and tireless efforts of our entire FHCO staff, whose dedication to the movement and committed expertise is the engine that drives us forward every month of every year.

Likewise, the contributions of our numerous partners, especially the Oregon Historical Society, not only helped lift us up to new levels, but also helped us spread our message far and wide.

To further help us spread that message statewide, we could not have undertaken these events without the generous support of our Fair Housing Month presenting sponsors – including Kaiser Permanente, Multnomah County, Portland Housing Bureau, Princeton Property Management, and RMLS.

And of course, this commemoration would not have been a such a resounding success without the interest of hundreds of you from across the state. In addition to engaging in events during Fair Housing Month in April, record numbers of you also signed up to continue following our work through this newsletter. So welcome to all of you! As you undoubtedly realized during the events of this momentous Fair Housing month, there is plenty of work and ample room for all in the fair housing movement as we face the next 50 years and beyond.

Please watch or listen to Richard Rothstein, author of The Color of Law, discuss de jure segregation, and thoughts on how to repair the past that holds us back from racial equity in housing.