Parting words from Louise Dix, who retired from FHCO in October 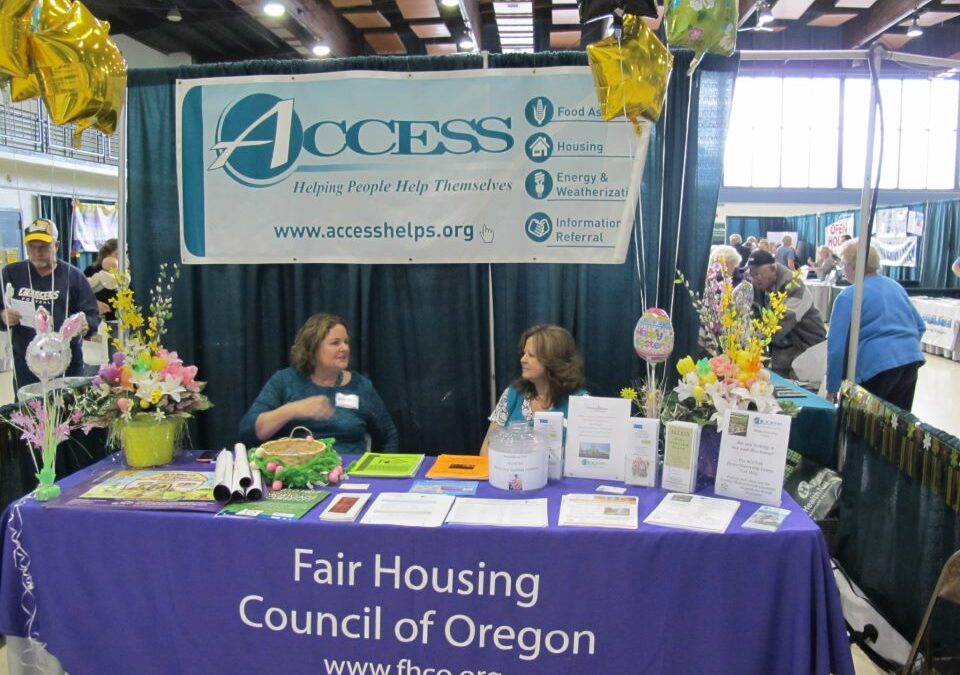 How did you first become involved in fair housing?

First, a little bit about my work history…  I have been fortunate to have had a rich and varied career history over the past 40 plus years and my time at the Fair Housing Council is the whipped cream on top.  I worked in nonprofit management and always considered myself an activist for inclusive communities. I served as the Farmer Liaison, managing the farmers’ market program at Pike Place Market in Seattle right out of college. I followed this by serving as the Executive Director of the Wenatchee Downtown Association, where I worked to revitalize the downtown area using the principles of the Main Street program. After two years in the Peace Corps in Paraguay working in agriculture and microenterprise development, I served as Executive Director of AERO, a statewide sustainable agriculture and sustainable community non-profit in Montana. I then served as the Executive Director of the Sunny Wolf Community Response Team, a community non-profit organization established to implement a community and economic development strategic plan for a federally designated enterprise community in rural southern Oregon.  After that position, I ended up serving as the City of Medford’s first and only Neighborhood Resource Coordinator. This is where I first encountered fair housing and the Fair Housing Council of Oregon.

I managed the City’s Community Development Block Grant program and as part of that role, needed to develop an Analysis of Impediments to Fair Housing, a HUD required report. I became an expert in affordable housing, which in those days was not considered necessary or desirable. Not in My Backyard (NIMBY) attitudes were prevalent and unfortunately, we are starting to see a rise in NIMBYism throughout Oregon more recently as well.

I met Diane Hess when she would come to Medford to provide fair housing trainings and she and I worked together with Brandon Goldman from the City of Ashland to develop a series of educational sessions on fair housing which aired on the community television station.

I moved to Gresham in 2011 to work for the City of Gresham in housing and community development. Pegge McGuire, then FHCO Executive Director, contacted me about possible people to work for FHCO in Southern Oregon under a new HUD grant that FHCO expected to receive. I really missed being in Southern Oregon and kept running the idea of accepting this position myself.  One day I was shopping at New Seasons in Diane’s neighborhood (there are no New Seasons in Gresham) and I asked if they had gotten the grant and if so, was the position available.  She said it was and I called Pegge the next day to apply for the position. I worked out of ACCESS in Medford and covered a 7-county area for Southern Oregon under an 18 month grant.  I loved it and met a lot of incredible people who I have been working with ever since. FHCO hoped to find funds to continue the position but that didn‘t happen.  Instead, I returned to the Portland area to serve on the Education and Outreach team. I never expected to be funded after the Southern Oregon grant but FHCO continued to find funds to keep me employed.   I travelled and worked throughout the state and kept focused on Southern Oregon as much as possible.

I am happy to report that we now have funds to staff the Southern Oregon position again and Maig Tinnin started working in that position in September.

What has been special at FHCO?

Definitely the people, both staff that I worked with at FHCO and those folks I worked with throughout Oregon providing training and assistance… I was fortunate to work for two very talented and dedicated executive directors- first Pegge McGuire followed by Allan Lazo as well as with Diane Hess, my immediate supervisor who is passionate about fair housing and its history.

The variety of the work I’ve been involved in… At first, I thought I might be bored. I am used to being involved in a variety of things and being able to create new programs. I thought doing the same trainings over and over would get to be tedious.  However, I found that I was never bored at FHCO over the past 8 years. I was able to not only provide a variety of training, technical assistance and outreach throughout the state to service providers, housing providers, jurisdictions and activists but I was able to move the land use and fair housing program forward through the PAPAs Project, a statewide project in partnership with Housing Land Advocates advocated for affordable housing and fair housing through the planning process.

What do you consider your major accomplishments at FHCO?

I believe I have been successful in moving the Fair Housing Council forward in its work with jurisdictions regarding their fair housing obligations.  Through both trainings and the PAPAs Project, FHCO is better known for its land use work with Goal 10 planning and its work advocating for developments statewide which have been experiencing a NIMBY response. Specifically, these projects have included affordable housing projects, farmworker housing and projects housing people recovering from drug and alcohol addiction and those with mental health issues.

The formation of fair housing advisory councils throughout Oregon is an important accomplishment.  I established the first advisory council for Southern Oregon back in 2011 when I was the Southern Oregon Education & Outreach Specialist. I found that I received useful input from community members. Also, I think those same community members felt a lot more connected to FHCO with is Portland office. I revived this same committee adding others from throughout Southern Oregon in 2018 to serve as a focus group for the 50th anniversary of the Fair Housing Act.  When we determined that we would move forward with the establishment of the three regional advisory councils, this group formed the basis of the Southern Oregon Collaborative Advisory Team ( SoCAT).  We have additional funding to keep these councils moving forward in the coming years allowing them to implement regional fair housing plans and to work with their jurisdictions on fair housing and land use issues.

What will you miss most about leaving FHCO and the fair housing movement?

Again, the people! I will miss working with the current staff, an amazing and diverse group of folks who bring a lot of energy and passion into their work.

I will miss working with members of our AFFH/Systemic Investigations Committee, who have been instrumental in our land use and Goal 10 and state legislative planning work. A big thank you to Jennifer Bragar, Ed Sullivan, Andree Tremoulet, Jean Dahlquist, Tom Cusack, Ellen Johnson, Nancy Murray, John VanLandingham, Susan Lind, Ellen Johnson, Julia McKenna  and Dave Krogh as well as our funders at OHCS, OBDD, and HUD.

It’s a difficult time to leave FHCO because there are so many exciting things going on around fair housing and affordable housing with our new state legislation, FHCO’s new HUD grant focusing on fair lending and issues in land use planning and fair housing. I think we will see a push for affirmatively furthering fair housing under President Biden.

What are you looking forward to most in retirement?

It’s a weird time to make this transition during the COVID-19 pandemic. I had really looked forward to traveling and had made plans to take a walking tour of Morocco culminating in a visit to my exchange student from there. That’s not happening now.

I hope to eventually move out of the Portland metro area and back to a smaller community in either rural Oregon or Washington. I found I didn’t get involved in the community here as much as I had in other places where I have lived, partly because of my job which required a lot of traveling and partly because of the size of the Portland area. I really would like to be somewhere where the community is my focus and would be interested in getting involved in local politics as well as volunteering for community groups such as CASA.

Any other thoughts you want to leave us all with?

I just want to say thank you to all the people I have been privileged to work with throughout my 8 years at FHCO. What a wonderful group of staff members, board members, community members, community advocates and housing providers we have in Oregon. Keep up the good work