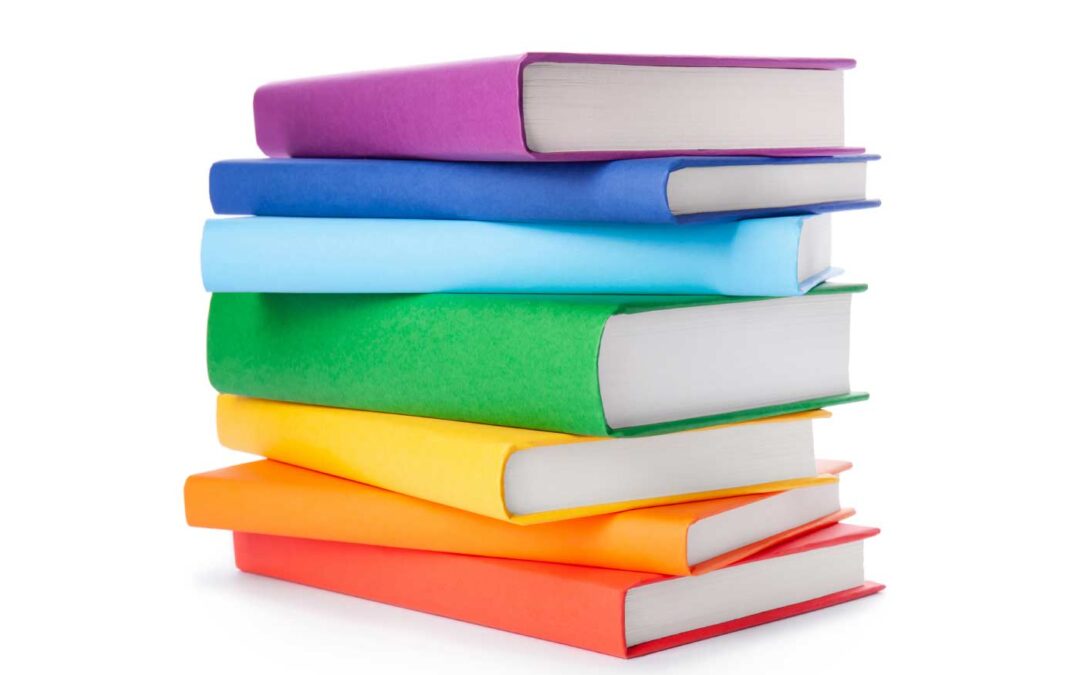 The Color of Law: A Forgotten History of How Our Government Segregated America, Richard Rothstein

Rothstein explodes the myth that America’s cities came to be racially divided through de facto segregation – that is, through individual prejudices, income differences, or the actions of private institutions like banks and real estate agencies. Rather, this book incontrovertibly makes it clear that it was de jure segregation – the laws and policy decisions passed by local, state, and federal governments – that actually promoted the discriminatory patterns that have continued into the twenty-first century.

The federal Fair Housing Act of 1968 was passed in a time of turmoil, conflict, and often conflagration in cities across the nation. It took the assassination of Dr. Martin Luther King, Jr. to finally secure its passage. The Kerner Commission warned in 1968 that “to continue present policies is to make permanent the division of our country into two societies; one largely Negro and poor, located in the central cities; the other, predominantly white and affluent, located in the suburbs and outlying areas”. The Fair Housing Act was passed with a dual mandate: to end discrimination and to dismantle the segregated living patterns that characterized most cities. The Fight for Fair Housing tells us what happened, why, and what remains to be done.

Arc of Justice: A Saga of Race, Civil Rights, and Murder in the Jazz Age, Kevin Boyle

In 1925, Detroit was a smoky swirl of jazz and speakeasies, assembly lines and fistfights. The advent of automobiles had brought workers from around the globe to compete for manufacturing jobs, and tensions often flared with the KKK in ascendance and violence rising. Ossian Sweet, a proud Negro doctor-grandson of a slave-had made the long climb from the ghetto to a home of his own in a previously all-white neighborhood. Yet just after his arrival, a mob gathered outside his house; suddenly, shots rang out: Sweet, or one of his defenders, had accidentally killed one of the whites threatening their lives and homes. And so it began–a chain of events that brought America’s greatest attorney, Clarence Darrow, into the fray and transformed Sweet into a controversial symbol of equality.

Americans like to insist that we are living in a postracial, color-blind society. In fact, racist thought is alive and well; it has simply become more sophisticated and more insidious. And as historian Ibram X. Kendi argues, racist ideas in this country have a long and lingering history, one in which nearly every great American thinker is complicit. Kendi chronicles the entire story of anti-Black racist ideas and their staggering power over the course of American history. Stamped from the Beginning uses the lives of five major American intellectuals to offer a window into the contentious debates between assimilationists and segregationists and between racists and antiracists. From Puritan minister Cotton Mather to Thomas Jefferson, from fiery abolitionist William Lloyd Garrison to brilliant scholar W.E.B. Du Bois to legendary anti-prison activist Angela Davis, Kendi shows how and why some of our leading proslavery and pro-civil rights thinkers have challenged or helped cement racist ideas in America. As Kendi provocatively illustrates, racist thinking did not arise from ignorance or hatred. Racist ideas were created and popularized in an effort to defend deeply entrenched discriminatory policies and to rationalize the nation’s racial inequities in everything from wealth to health. While racist ideas are easily produced and easily consumed, they can also be discredited.

Hotel on the Corner of Bitter and Sweet, Jamie Ford

Set in the ethnic neighborhoods of Seattle during World War II and Japanese American internment camps of the era, this debut novel tells the heartwarming story of widower Henry Lee, his father, and his first love Keiko Okabe.

I Never Promised you a Rose Garden, Mannie Murphy

What begins as an affectionate reminiscence of Mannie Murphy’s 1990s teenage infatuation with the late actor River Phoenix–specifically his role in Gus Van Sant’s classic film, My Own Private Idaho–slowly transforms into a remarkable, sprawling account of the city of Portland and state of Oregon’s long and shameful history of white nationalism. Told in the style of an illustrated diary, with wet, blue ink washes, the form reveals the author to be the other protagonist in this story as a genderqueer kid discovering a complicated history.

A Hundred Little Hitlers: The Death of a Black Man, the Trial of a White Racist, and the Rise of the NeoNazi Movement in America, Elinor Langer

Chronicles the events surrounding the trial of Kenneth Mieske, a white racist accused of killing an Ethiopian, and discusses how the incident uncovered the neo-Nazi movement in the United States.

Stubborn Twig: Three Generations in the Life of a Japanese Family, Lauren Kessler

The story of one Japanese American family’s century-long struggle to adjust, endure and ultimately triumph in their new country, which starts with the arrival of Masuo Yasui in America in 1903.

The prolific journey of African Americans in Portland is rooted in the courageous determination of black pioneers to begin anew in an unfamiliar and often hostile territory. By 1890, the majority of Oregon’s black population resided in Multnomah County, and Portland became the center of a thriving black middle-class community.

Who were the pioneers of the American West? Some of them we already know: They came across North America on horseback, in covered wagons, on foot, or sailed from the Atlantic to the Pacific; they were European Americans. Lesser known are the immigrants who, by the 1850s, began sailing east from Southern China, primarily from the Guangdong Province. They arrived in the American West port towns of California, Oregon, and Washington. These Chinese, fleeing the hardships at home, sought the same prosperity as all immigrants to America. While there were Chinese who found riches in Oregon’s high desert, gold-mined mountains, coastal fisheries, and bustling Portland metropolis, many faced extreme racism, legal discrimination, and exploitation.” “Jointly created by the Chinese Consolidated Benevolent Association (CCBA), Portland State University Capstone students, and students of Ooligan Press, this book fills a long-neglected gap in the history of the West Coast. This history of Chinese immigration is detailed in a well-researched text and a collection of photos, many from private collections not previously seen by the public. Dreams of the West: A History of the Chinese in Oregon 1850-1950 presents stories about the brave men and women who made America their home, and kept China in their hearts.

The Gift: The Oregon Nikkei Story Retold, Deena K. Nakata
“The Gift,” traces 100 years of Japanese American history in Oregon through the eyes and ears of Deena K. Nakata an Oregon Sansei. The author interviewed Issei pioneers, searched through old family photo albums, gathered Nisei memoirs, researched archives and worked with a volunteer committee to preserve the story of a people. “The Gift” is a tribute to the Issei. “The Gift” salutes the Nisei, their generous and building ways. “The Gift” provides the beginnings to the Oregon Nikkei story . . . a story still being written, a story that will continue to unfold through future Japanese American generations.

An in-depth history of the Jewish community of the state of Oregon.

Inside the Klavern: The Secret Minutes of an Oregon Ku Klux Klan of the 1920s, Edited by David A. Horowitz

An exploration of Klan activity in LaGrande, Oregon during the mid-twenties.

Provides an account of the massacre of over thirty Chinese gold miners on the Oregon side of Hells Canyon, a crime that has remained unsolved since 1887, and provides evidence that indicates the killers were a gang of seven rustlers and schoolboys who were never prosecuted for the murders.

A case study of Mexican contracted labor in the Pacific Northwest, concentrating on the war years and placing this important farm labor program into a broader national context. The themes are familiar ones–exploitation and oppression in the form of wretched living and working conditions, prejudice, ill treatment, and poor wages.

A Peculiar Paradise: A History of Blacks in Oregon, 1788-1940, Elizabeth McLagan

Investigates segregation practices in the northern sections of twentieth-century America revealing how racial exclusion and oppression persisted into the contemporary era, in an account that challenges modern beliefs about race and racism.

Around the turn of the twentieth century, and for decades thereafter, Oregon had the second-largest Chinese population in the United States. In terms of geographical coverage, Portland’s two Chinatowns (one an urban area of brick commercial structures, one a vegetable-gardening community of shanty dwellings) were the largest in all of North America.” “Marie Rose Wong chronicles the history of Portland’s Chinatowns from their early beginnings in the 1850s until the repeal of the Chinese Exclusion Act in the 1940s, drawing on exhaustive primary material from the National Archives, including more than six thousand individual immigration files, census manuscripts, letters, and newspaper accounts. She examines both the enforcement of exclusion laws in the United States and the means by which Chinese immigrants gained illegal entry into the country.” “The spatial and ethnic makeup of the combined “Old Chinatown” afforded much more contact and accommodation between Chinese and non-Chinese people than is usually assumed to have happened in Portland, and more than actually may have occurred elsewhere. Sweet Cakes, Long Journey explores the impact that Oregon’s leaders and laws had on the development of Chinese American community life, and the role that the early Chinese immigrants played in determining their own community destiny and the development of Chinatown in its urban form and vernacular architectural expression.” “Sweet Cakes, Long Journey” is an original addition to the history of Portland and to the field of Asian American studies.