The continuing legacy of redlining and systemic racism 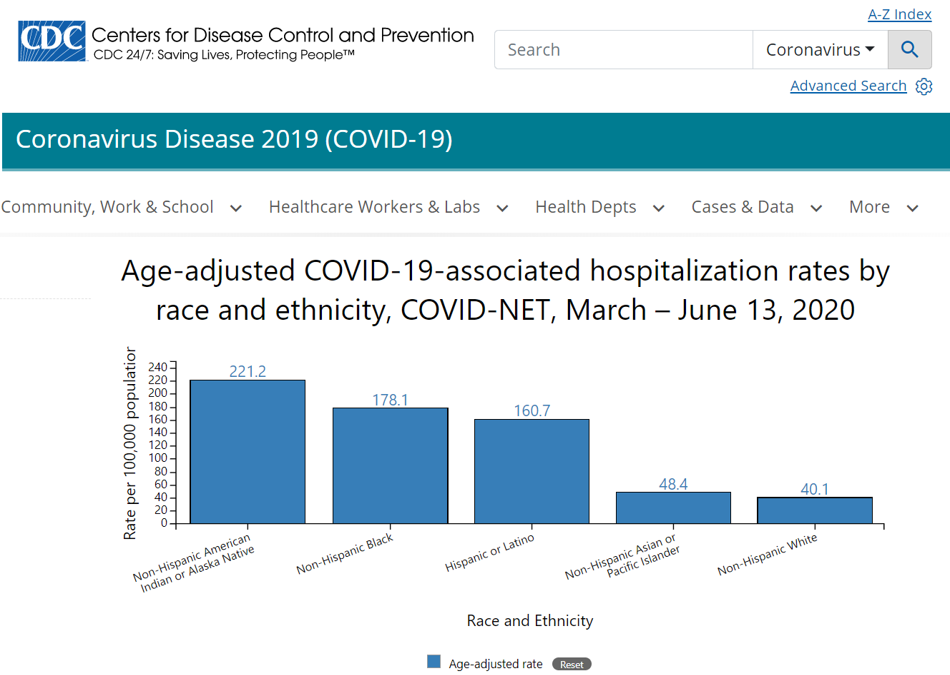 The history of racial discrimination and segregation in housing plays a significant role in the criminal justice and health disparities we see today. People of color have long faced both formal and informal mechanisms of segregation, the effects of which can be seen in police-community relations and health outcomes.

These systems of exclusion created the conditions – such as crowded, unsafe, unstable housing and areas of greater concentrated poverty – that have put Black, indigenous and other communities of color at greater risk and consequently resulted in the inequalities we are seeing today.

We know that police violence against Black communities – and specifically the killing of unarmed Black men, women, and children at the hands of police – has been occurring for hundreds of years.

Historic redlining and the resulting and ongoing racial segregation in so many places across the country is among the underlying causes of the police violence against Black communities. In May, Time magazine drew similar parallels to Minneapolis’ history of racial segregation and the role it played in the killing of George Floyd.

A 2018 study by the Boston University School of Public Health was among the first to study this close relationship between racial segregation and police killings of Black men, women and children. The study found states with a greater degree of structural racism, particularly residential segregation, have higher racial disparities in fatal police shootings of unarmed victims. From the article: “for every 10 point increase in the state racial segregation index, there was a 67 percent increase in the state’s ratio of police shootings of unarmed Black victims to unarmed White victims.”

Another continuing legacy of redlining and systemic racism has been disparities in health outcomes. We know that where you live can determine your health outcomes, including how long you might live. Black, indigenous, and other communities of color are also being disproportionately impacted by the COVID-19 pandemic.

The Centers for Disease Control statistics show that, nationally, Blacks make up 21.2% of fatalities, despite being just 12.3% of the total population, and this CDC graphic illustrates the disproportionate rate of hospitalizations among Black, indigenous, and other communities of color. 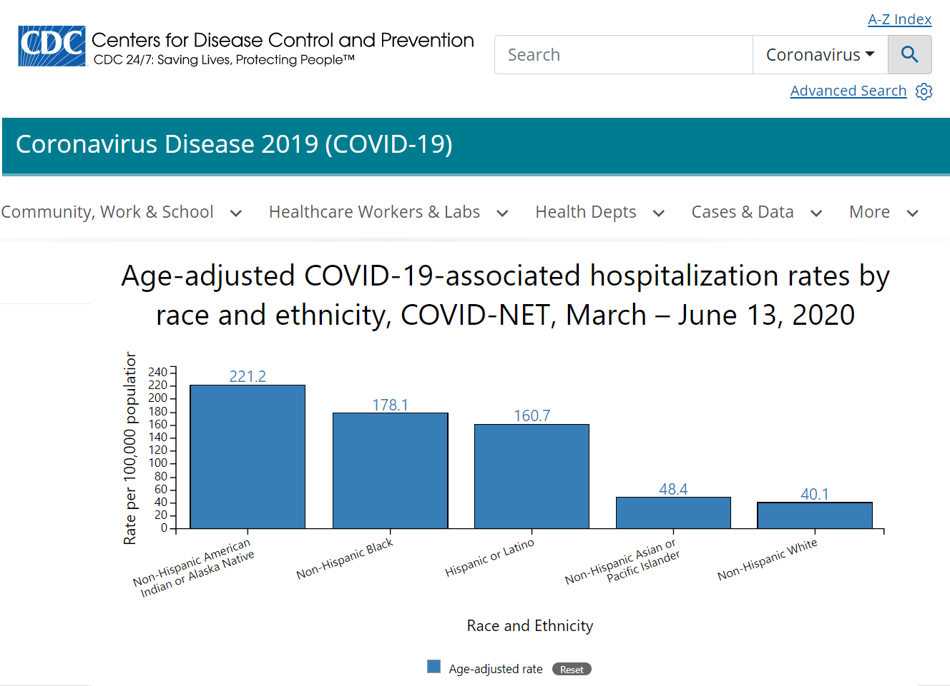 In Oregon, Latinx and Hispanic communities have seen the highest rate of impact from COVID-19. According to Metro, in early May Latinx accounted for 27% of Oregonians with coronavirus whose ethnicity was known, even though the community represents only 13% of the state’s total population. The number of coronavirus cases is disproportionately high for Latinx communities, even as advocates have warned that Latinx populations may be fearful of reporting symptoms or being tested over concerns about legal punishment.

What we can do about these ongoing injustices?

What can we do at an individual level?

Dr. Ibram X. Kendi also gives us guidance on what to focus on now: