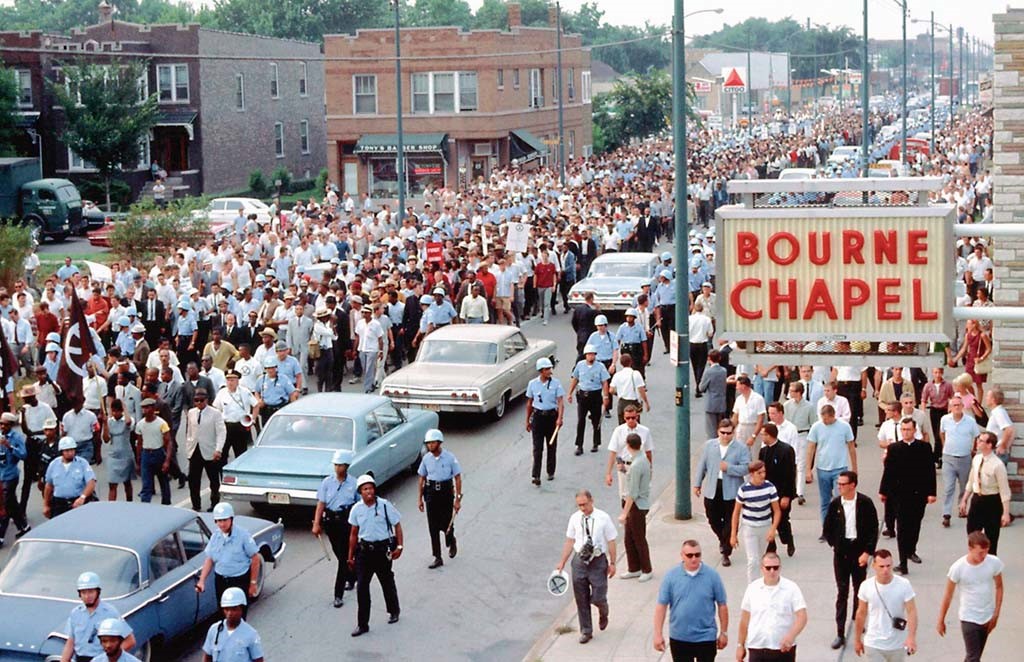 Did you know that the practice of fair housing testing conducted by FHCO, and other fair housing organizations came out of the Chicago Freedom Movement?

Also known as the Open Housing Movement, the concept “open housing,” which is the basis for the Chicago Freedom Movement, comes from the call for a housing market that does not restrict access to anyone based on their protected identity, including race and national origin, which are federally protected classes today.

The Rev. Dr. Martin Luther King Jr., was instrumental in the Chicago Freedom Movement, bringing his Atlanta-based civil rights organization, the Southern Christian Leadership Conference (SCLC) together with local organizers in Chicago. One of those organizers was Albert Raby, a Chicago activist who led the Coordinating Council of Community Organizations (CCCO), that was gearing up to lead demonstrations for fair housing at that time.

On January 7, 1966, King and the SCLC officially announced plans for the Chicago Freedom Movement. It would not only address segregated housing, but also tackle educational deficiencies, income, employment, and health disparities based on racism in Chicago. At the end of January 1966, King and his family moved to a lower-income Black Chicago neighborhood to raise awareness of the poor housing conditions there. Meanwhile, the CCCO coordinated mass nonviolent protests throughout the city.

Over the course of that year, tenants and residents who became part of the Chicago Freedom Movement held rent strikes, hosted workshops for youth on nonviolent activism, and boycotted banks and businesses that were complicit in racial discrimination.

Together, they led open-housing marches in all-white city neighborhoods and suburbs during the summer of 1966. Their efforts led to the creation of the Leadership Council for Metropolitan Open Communities, which promoted open housing in Chicago.

All this social organizing culminated in the events that took place on Sunday, July 10, 1966, deemed “Freedom Sunday,” as Dr. King addressed a crowd of 30,000 Chicago residents gathered at Soldier Field. He spoke on the power of demonstrating to “expose a social evil” and led a march to City Hall where they posted a list of their demands. This gathering was met with violent attacks from white counter protesters against the peaceful marchers, setting their cars on fire, throwing rocks and glass, and verbally harassing them.

As a result of the Chicago Freedom Movement, and in response to the civil unrest, Chicago Mayor Richard Daley negotiated an agreement with Dr. King for the city to commit to fair and open housing policies. Dr. King agreed to call off the protests in exchange but was met with disagreement from some members of the movement. This caused a fracture within the Chicago Freedom Movement, with some members choosing to march anyway, holding fast to the movement’s vision of widespread change.

Despite this internal disagreement, the Chicago Freedom Movement successfully spread ideas and activated communities in favor of fair housing, and eventually led to the passage of the federal Fair Housing Act in 1968.

It also created the concept of testing for violations of Fair Housing law, which is a practice still widely used to combat discrimination in the housing realm today.